Learning To Live With An English Bull Terrier 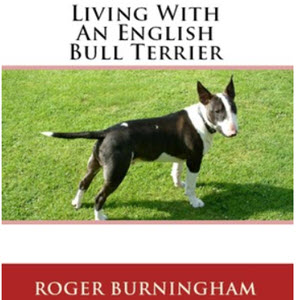 You don't have to leave home just because your APBT needs exercise. Retrieving games are a great way to help him use up some excess energy. The rules of retrieving games are easy: You throw the toy, he goes to get it, and he brings it back to you. When he brings it back, he is not allowed to play tug-of-war with it. APBTs are much too powerful to play tug-of-war. Plus, you don't want them to learn that it's acceptable to fight you or use their strength against you. Although some dogs may play tug-of-war with no repercussions, it's not a good game for APBTs—even though they love it!

You can teach your APBT to give up the toy he's brought back in a couple of ways. First, have several toys that you know he likes. Throw one, and if he doesn't bring it back and drop it for you to throw again, simply throw a different toy. Keep throwing toys; he has to drop one to pick up another. As he drops it, tell him, "Yeah! Good boy to drop it!"

If your APBT is focused on just one toy and will not be distracted by any other toys, and also won't drop the toy on your command, simply stop the game. Go inside and leave him outside. The key is to do this immediately as he refuses to drop the toy. Don't beg or plead with him to drop the toy, don't chase him around the yard, and don't wrestle with him. Instead, ask him for the toy and if he doesn't give it to you, be quiet, turn away, and go inside. In half an hour, you can go outside and try again. It may take several repetitions, but eventually he will figure out that if he gives you the toy, you'll stay outside and play with him.

Are You Under The Negative Influence Of Hyped Media Stereotypes When It Comes To Your Knowledge Of Pit Bulls? What is the image that immediately comes into your mind when you think of the words Pit Bull? I can almost guarantee that they would be somewhere close to fierce, ferouscious, vicious, killer, unstoppable, uncontrollable, or locking jawed man-eaters.

The Complete Guide to Bull Terriers

What You Should Know Before You Bring An APBT Home